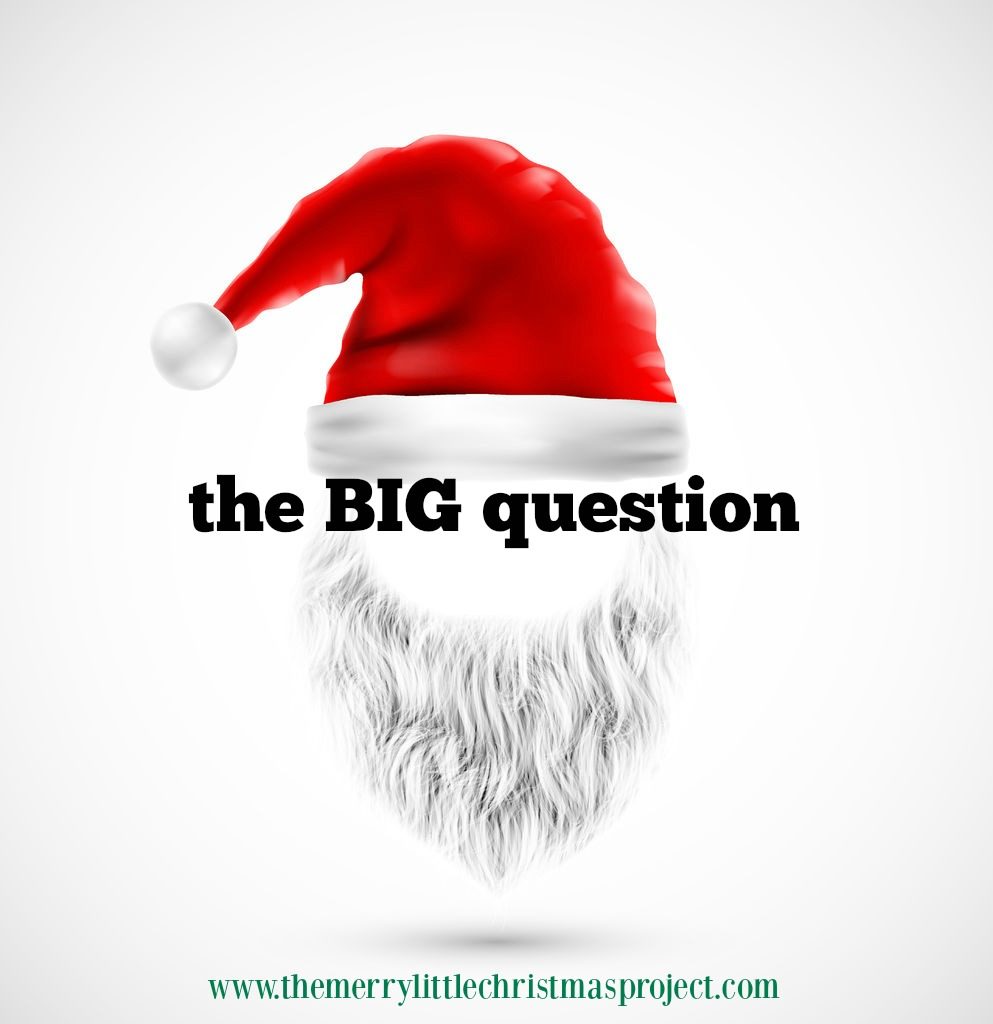 Those are words that parents dread. And they come frequently around the holiday season, especially if you have elementary aged kids who still believe in the man in red. Like most parents, I typically turned the question back on my kids.

Me: What do you think?

It’s hard to know when to level with your kids. But at a certain point your credibility is on the line if you keep deflecting the question. If you want your kids to come to you for answers, you have to be a source of answers—or risk shutting down that line of communication. This summer, with my third grade son’s feet as big as mine, and his questions getting much more pointed, I knew it was just about time.

But how to explain things? Elementary aged kids are black or white thinkers. It is a struggle to explain the parts of the story that are not true, while helping them to know that there are some parts that are very true. I was hoping to avoid this takeaway: Yes, son, we lied to you about Santa so that you could feel silly and skeptical now and not believe anything I ever say again! Exactly! Couldn’t have said it better!

Like any tongue-tied parent, I went to find a good book. I surreptitiously checked out every relevant title from our library and was very disappointed. Next, I went to Amazon, and also didn’t find what I was looking for.

What I wanted was a book that said:

Yes, Santa is real—but he is not who you think he is. He is a man who lived long ago who gave secret gifts to the poor at night that fell into their stockings hung by the fire. He is a man who lived his life so remarkably for God that he was given the special title Saint. And his life has been celebrated ever since with secret presents and stockings in December. Now that most people no longer celebrate saints’ days, we celebrate Saint Nicholas on Christmas, the other day in December when we give gifts in honor of God.

No, Saint Nicholas isn’t the one putting presents in your stocking on Christmas Eve. That is what your dad and I do to honor his life, and to help you experience his gifts of goodness and joy, and to participate in the generosity and hope he made real. Because joy, goodness, generosity and hope are real.

It will probably be a disappointment to your child but it may also be a relief that what their intuition told them is, in fact, true. Remember to congratulate them on figuring it out and take the time to enlist them in the secrets and fun—give them the duty of eating the milk and cookies, of writing gift tags in funny handwriting that could only be from Santa, of picking secret gifts and more. 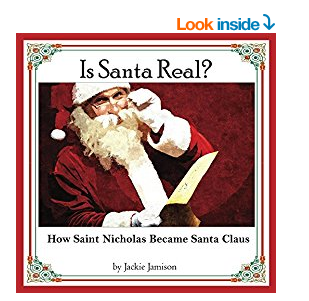 Want a book to guide your own Santa conversation? Jackie’s book, Is Santa Real? How Saint Nicholas Became Santa Claus is available on Amazon in Kindle or Paperback editions.

Jackie lives outside Charlottesville Virginia with her husband and three kids where she is a writer and editor and leads the children’s ministry at All Saints Anglican church. Her other books include Anglican Prayers for Children (available at deusbooks.org). 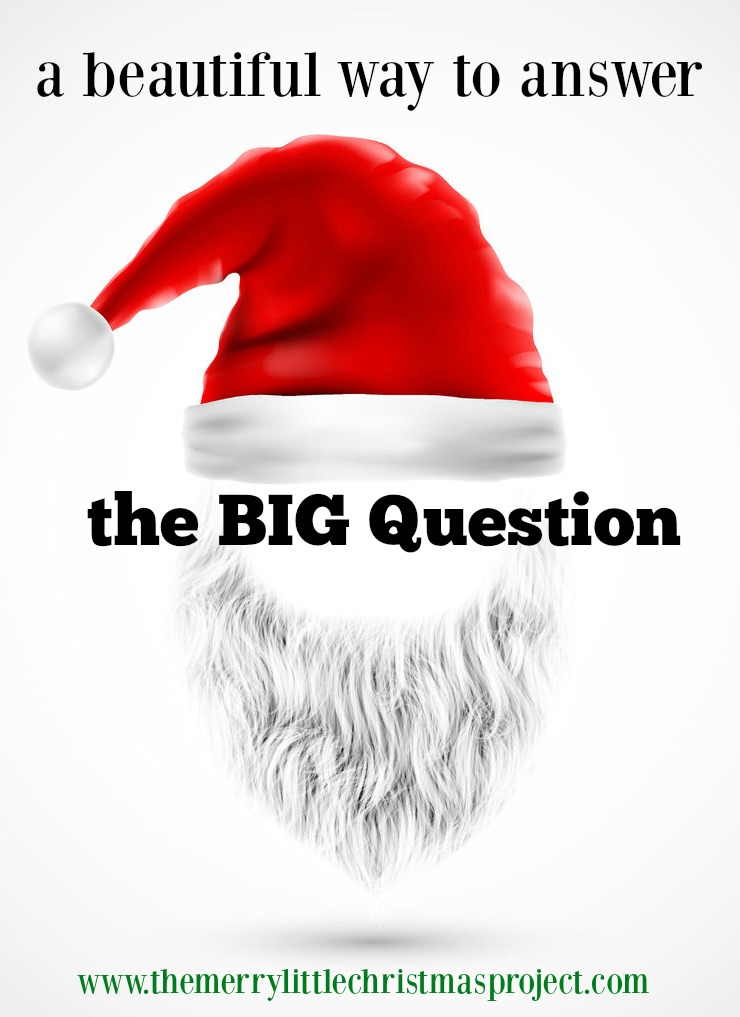 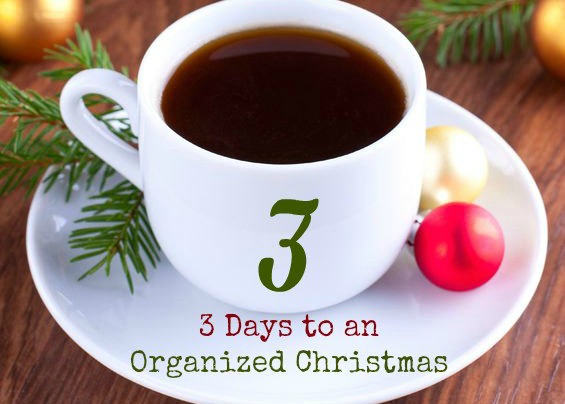